http://best-blackberry-mobile-review.blogspot.in/
Even post-MWC, a glimpse of a new mobile phone is always a welcome sight, and that is precisely what drew our attention towards the BlackBerry Curve 9320. Spotted in the wild, this next BlackBerry is rumored to be among the entrants slated to enhance the company’s Curve range in India.

If the tech world buzz is to be believed, then the new smartphone is composed of a full plastic body. It might also boast of a dedicated BBM key placed on the left half of the keypad. Software specifications reveal the inclusion of the BlackBerry 7.1 OS, which is the recent update to RIM’s smartphone platform and is said to offer better BBM integration.

The phone might not be officially recognized anytime soon, but we still get to take a pretty good look at its tech specs, after the folks over at BGR India showed off some cursory pictures of this fresh handset. According to their report, the device is apparently a 3G enabled variant of a certain Curve 9220. Furthermore, it seems like the camera option also differs when comparing the two gadgets.

As reported by the website, the battery for the prototype lasted for about two days, even after call sessions over the 2G network. Although there is no sure word about it yet, the device may just offer FM radio as part of its entertainment options.

Eager users will have to wait for the BlackBerry Curve 9320 release date and price details until the phone is formally introduced by the company. However, gauging from the probable price of the aforementioned 9220 model, this one might fit within the price bracket of Rs. 12,000, in India. 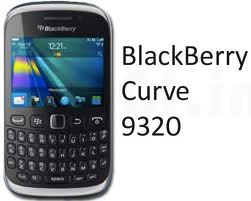 Both comments and pings are currently closed.
Related Headlines: