The LG Optimus L7 is the premium option within the Korean firm's L-Style range of smartphones. The L7 is the largest and has the best listed specification of the three handsets. More Google phone reviews

LG's triad of L-Style smartphones share a similar flat and square design. The screen is bordered by a black or white bezel and a chrome frame. The phone looks very similar to the old Samsung Galaxy S II in size, shape and look. A physical Home button has touch-sensitive Back and Menu buttons either side of it. 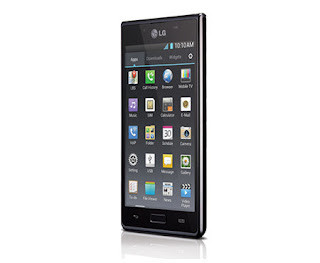 Because of its 4.3in screen, the LG Optimus L7 is a big phone measuring 67 x 126mm. But it’s also thin at 8.8mm thick and a quite light 125g – just below similarly lightweight 130g HTC One X.
Turn the phone over and you'll find the back is one large removable plastic cover, with a fine textured finish which we're not so keen on. The cover hides a removable battery, full-size SIM card slot and and another for a microSD card.
LG Optimus L7: Build quality

The LG L7 is a reasonably well constructed smartphone, feeling solid in the hand. Buttons have a nice action to them. The phone flexes a small amount but not worringly so.
We’re not keen on plastic removable rear covers, and the LG L7's is a pretty flimsy example. However, it attaches to the phone securely, where it gains more rigidity.
LG Optimus L7: Hardware

The LG Optimus L7 may resemble a high-end smartphone but its price tag – and internal components – suggest otherwise. A look over the specification sheet starts to reveal why this phone is on sale for half the price of the smartphone leaders.
Underneath the glossy shell is a 1GHz single-core Cortex-A5 and 512MB of memory – nothing to get excited about here. Our misgivings about the core spec were reflected in the Geekbench 2 test; the L7 managed a shameful average of 276 points across three tests, the lowest score we’ve seen in this test.
For comparison HTC's budget One V scored 282 and Sony's budget Xperia U scored 875. Even LG’s cheapest L3 scored 434 points with its 800MHz processor.
The difference between LG models is that the L3 is running 2010’s Android 2.3, while the L7 is saddled with the more taxing Android 4.0 operating system.
As is benchmark score suggested, subjective performance was not great. While the phone zoomed around the home screens without any trouble we found it lagged in almost every other area. When the screen changes to the app or menu you open there's a delay of a few seconds before the content appears.
The under-specification continues with storage which is a measly 4GB. Our disappointment grew when we discovered that only 2.5GB of that was available to the user. The microSD card slot is a consolation for extending capacity with an extra cost attached.
The L7’s large 4.3in screen matches the Sony Xperia S and Nokia Lumia 900. The TFT display has a resolution of 480 x 800 giving the phone a middle-order pixel density of 217ppi.
The screen doesn't look bad, colour representation, viewing angles and brightness are all good but detail isn’t as crisp and sharp as rival handsets.
Remaining hardware consists of 11n Wi-Fi, Bluetooth 3.0, Micro-USB and a near-field communications (NFC) chip. The L7 also includes digital living network alliance (DLNA) certification.
LG Optimus L7: Cameras

LG has fitted the Optimus L7 with dual-cameras. There's a 5Mp camera with auto focus and an LED flash at the rear, and a 0.3Mp camera at the front.
We found the rear camera to be somewhat hit and miss. To start, we found that the auto focus would not work properly. The first picture could be taken quite quickly but the phones spent some time processing the image afterwards before subsequent shots could be taken.

Results were varied and more often than not photos lacked detail and looked washed out. Video can be shot at 640 x 480 resolution – about good enough to upload clips to YouTube or Facebook but little more.
The front-facing 0.3Mp camera doesn't offer anything better. Its grainy video can work for webchats.
LG Optimus L7: Software

Operating system software on the L7 is the current latest version of Google Android, version 4.0.3. This is accompanied by LG's Optimus UI 3.0 overlay.
The interface initially seems fine. The lock screen has shortcuts to four apps, and a notifications bar can be accessed. We liked the way the unlock animation revealed the app or home screen underneath.
Optimus UI 3.0 looks nice with colourful icons and wallpapers. There is easy access to recent apps by holding down the Home button, and the notifications bar has settings for Wi-Fi and Bluetooth.
Unfortunately the software doesn't run very well. The processor can cope with moving between home screens but once you start using the L7 for actual tasks things start to go wrong.
We found that with a few apps running the device would become bogged down. It frequently reached the point where the length of the delay made us question whether our finger taps had been registered at all.
The on-screen keyboard is fine but not the best we’ve seen. The top row of keys has number modifiers but no others for any punctuation. Predictive text can suggests punctuation after each word when turned on but we found no manual means to puctuate.
Web browsing was painfully slow at times with the processor struggling to render sites at any decent pace.
LG Optimus L7: Battery life

LG suggests the L7 has great battery life because of its 6.5Wh capacity and a power-saving mode which manages power consumption. This software automatically turns off power-draining functions, like Wi-Fi, and turns screen brightness down when the battery reaches a certain level chosen by the user.
Despite this software, and despite the slow single-core processor, the LG Optimus L7 only managed to place itself into the one-day battery life category.
This was a disappointing result considering the company’s claims that it would last longer – and indeed the fact that we didn't even use the phone particularly heavily. You'll need to charge this smartphone every night, if not earlier. 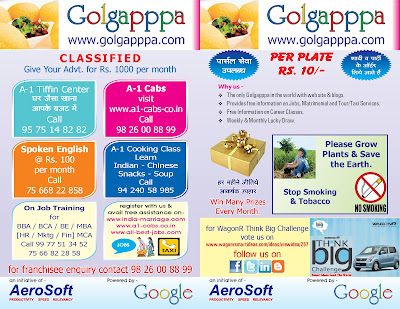